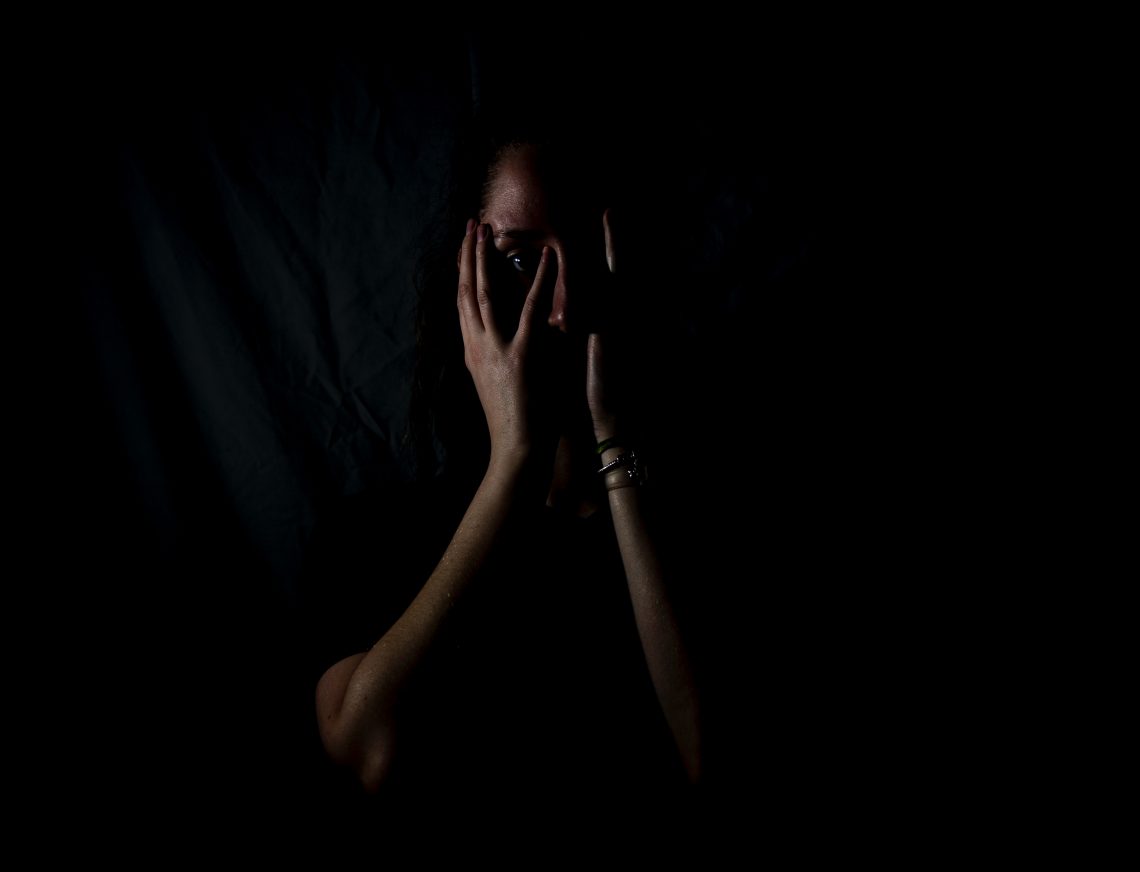 Mum Guilt: ‘that pervasive feeling of not doing enough as a parent, not doing things right, or making decisions that may “mess up” your kids in the long run.’

Mum guilt is real. When you have kids you properly second guess every decision you make thinking everything might have a negative impact on their wellbeing or development. Now, almost 10 months in, I can say my confidence is growing but there are still things that make me face palm when I think about it. All the shoulda, woulda, couldas, that shouldn’t be dwelled upon too long, creep their way in at the most unhelpful times; when you’re over tired, during a long, difficult day or when you’re trying to get back to sleep after a night feed. Despite knowing deep down everything will be fine and that bubs is already such an independent little girl, which will surely continue, there are things I would definitely do differently, if I had my time again with her.

During pregnancy I had read a lot about how to encourage breastfeeding, but also armed myself with the knowledge that it doesn’t always come easily. From the beginning I was sure I would breastfeed and from the moment bubs came out she latched perfectly. I wanted Hubby to be able to do feeds as early on as possible but there is a lot out there about nipple confusion and having to establish breastfeeding first. Looking back, we had gotten into a really good rhythm within a month so I probably should have introduced a bottle then, but I wanted to do things by the book so waited until 2 months. As the internet suggested, Hubby offered the bottles and she hated every. single. one. Because of how hard she refused the bottles, I think Hubby also hated it so we became very inconsistent with offering them. This was during lockdown as well so there was no one to help advise us in person, but also meant I was fine with breastfeeding as where else was I going. We soon gave up.

Fast forward to now, and its still a struggle to even get bubs to drink water from a cup – we’ve offered water with every meal since she turned 6 months. 3.5 months later and its still a battle. No one else can feed her milk because we never succeeded with the bottle. Now it’s too late to try a bottle according to the health visitor as by 1 year, they should start drinking from cups. But considering she wont take any water from a cup, it feels hopeless.

Every day now my mum guilt kicks in; why didn’t I introduce a bottle earlier? Why didn’t I make sure we tried the bottle more consistently? Is it bad that I’m tired of breastfeeding now? Is it bad that I no longer want to be the only one that can feed bubs? We have a party to go to in a couple of weeks and I’m so excited, but then that little mum guilt voice pipes up again because what is she going to do if she wants milk while I’m out? Then I stress myself out and think about declining the invite…. I won’t because the truth is I’m allowed to have a life even though we don’t have it all sorted yet. I have re-sterilised the MAM bottles and popped some frozen breast milk in the fridge to defrost. I even invested in some ready to drink Aptamil. Why? So while I’m out tomorrow getting my hair done (insert some more mum guilt), Hubby can try and feed her some milk. Please send prayers and well wishes my way for this to be more successful this time around. Momma needs a break!

This is another one we are still trying to navigate at the moment. Though we have offered finger foods (Ella’s Kitchen Melty Puffs and the occasional boiled veg or toast) we haven’t been consistent with baby led weaning. Which is fine. My brother and I were both weaned traditionally and I literally eat anything and everything. It’s not that bubs is a fussy eater, because on the whole she hasn’t rejected anything (other than eggs….we may have an egg allergy…). The problem here is texture. I have failed to move onto lumpier texture than puree or mash. And now anything that’s lumpier than that she really struggles with. Obviously I have so many mum accounts on Instagram and watch how their toothless, younger babies eat full meals that haven’t been blitzed and then I look at my daughter with her 6 teeth and almost 10 month old self and I think ‘wow, we’ve really effed this one…’ I’m sure we’ll be fine eventually. According to my mum she only kept us on pureed fruit and veg until we were like one, and at least bubs has mashed pasta with some seasoning and garlic (no salt or sugar at all). So in terms of flavours she’ll be fine, it’s just how on earth do we get her onto lumpier texture? Maybe the next time its really warm out I’ll let her sit in her high chair in her nappy with a meal on the high chair tray and see how she copes… Does that even sound like a good thing to do? Who knows, but I’ll let you know how we get on if we try it…

Read Up On Sleep

While pregnant I knew everything there was to know about pregnancy and how to look after bubs while she was in the womb. I also knew everything about that 4th trimester and making the transition into parenthood as easy as possible. But I didn’t research anything post that. In my mind the next thing to worry about after month 3, was weaning onto solids. But no. The main thing was sleep. The main cause of my mum guilt anxiety and worry has always been sleep. In my last post I shared how we got through it, but had I researched baby sleep beforehand it would have made life so much easier. Getting into a loose routine early on, trying the drowsy but awake tactic earlier (though I have to say feeding to sleep was dreamy while it worked for us!) and once she understood day vs night, making sure naps were done in quiet dark rooms.

At least sleep is no longer an issue, until the next sleep regression, but even then I think when the next regression comes up I feel so much better equipped to deal with it. Though at the beginning of our sleep training journey the tears made me feel the ultimate mum guilt. But on the other side of it I can firmly say it was worth it and her tears were just her only way of communicating she didn’t like the change we were implementing. But we are all so much happier and well rested for it.

Mum Guilt: ‘guilt a mother feels anytime she takes time to do something for herself, outside of work, that does not involve her children.’

This one is the silliest, I know, because we are the result of being in a global pandemic. But bubs went through a really hard time spending time with other people, even her grandparents, without Hubby or I there. I thought as she had spent lots of time with my parents as a newborn and over Christmas, she would be comfortable with them for a couple of hours while I went for an appointment. I couldn’t have been more wrong. She cried the whole time I was out and Hubby was in the house (working from home)! As you can imagine as soon as I got home and realised how upset she was I felt the worst mum guilt ever. I should have anticipated this to be honest, but I was oblivious and that made me feel even worse. Since then we have spent every Friday with my mum and dad. This week, I tried again and left bubs with my parents while I went and got a wax. 10 weeks of her acclimatising to being with people other than Hubby and I and she enjoyed herself. My mum even put her down for a nap and despite some tears it was a success! It has also helped that we have been out and about with her more; restaurants, parks and friends houses. She is blossoming into a little social butterfly and it makes my heart swell.

The bottom line is, we’re all good on all fronts really. All I need is for bubs to take a bottle and then I can get back to feeling mum guilt about other ‘smaller’ stuff like going out without her or trying to have a lie in or bath while Hubby sorts her out, every once in a while. Pray for us! 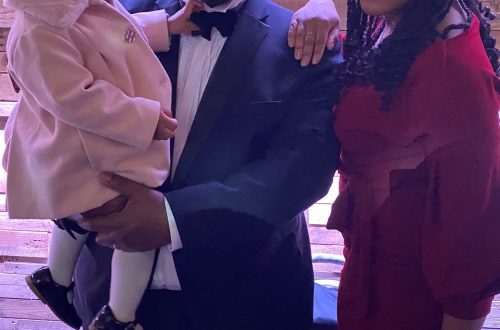 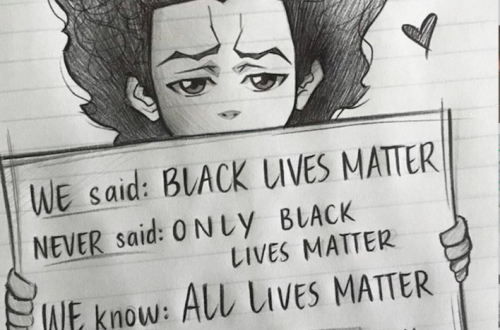 A Black Mother-To-Be: The Harsh Realities 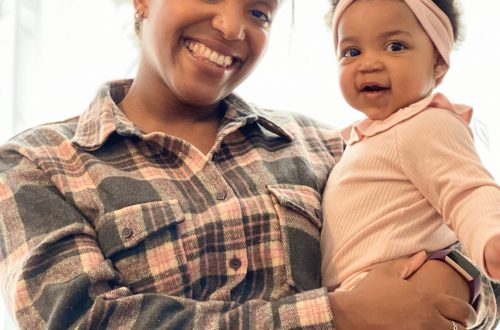 9 Months In, 9 Months Out: 9 Months Of Parenthood