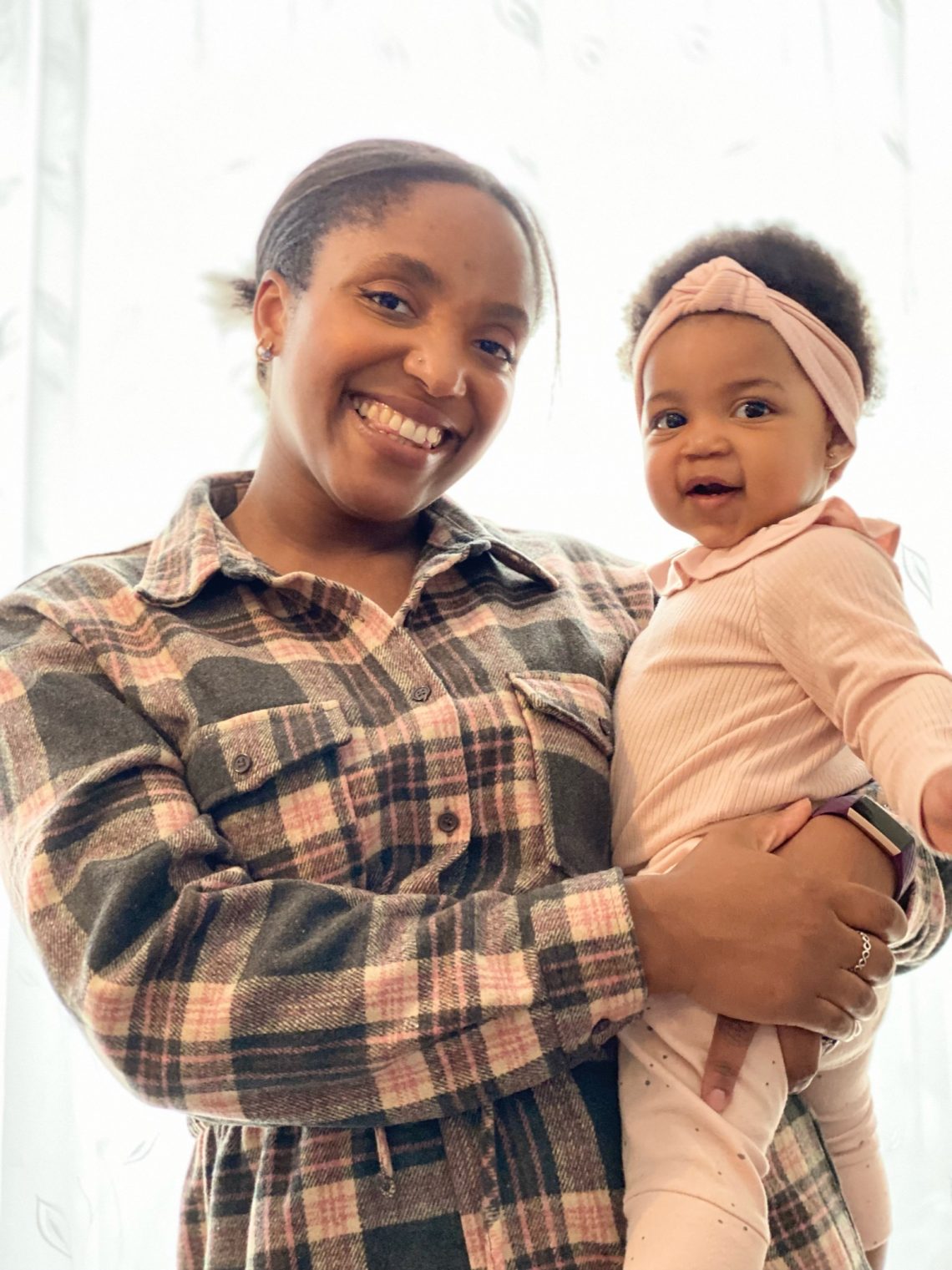 Bubs is now 9 months old….wow! Really, where has the time gone? It is true what they say; the days are long but the months are short. In other words, when you’re in the thick of it, the sleepless nights, the doubting every little decision you make, the frustration, finding the new you, it is beyond hard. It is lonely. It is a total mindf***. But then you get to the other side and your mind wipes it all away and you are back to feeling yourself, better than yourself because you’re a new version of you. So welcome to a new and improved Mrs. A. Mrs. A. 2.0 if you will.

9 months is a long time in baby world, so much happens and there are so many milestones/pressures that occur in that time that it goes by in a flash. So let me break it down.

I honestly feel like this is what everyone focuses on as soon as you get pregnant. It’s all about making sure you have your support system in place to make sure the transition from independent, spontaneous, kid free life to all-encompassing parenthood, is as easy as possible. We are so blessed to be surrounded by amazing family and friends (both old and new) and we literally didn’t need to think about cooking for at least the 6 weeks. Not because we had a freezer stash, but because my mum stayed with us for a couple of weeks once bubs arrived, my cousin sent a hamper full of Cook freezer meals (which were literally a lifesaver!), my Church friends put a rota together and literally delivered two meals a week for a couple of weeks! We literally wanted for nothing, and it was amazing.

I was in a little new mum bubble that I was loving. The tired snuggles, her growth, her smiles, her becoming a daddy’s girl. I didn’t even really mind the mum pooch; I mean my body had grown, housed and birthed another human being. My pooch was a symbol of that, a symbol I really liked even though society is hell bent on the ‘snap back’. I was lucky in the sense that my mental health was doing so well.

We were also blessed with the fact that bubs was amazing. She breastfed amazingly, she slept incredibly well, as in within a week or two she was sleeping through the night (caregivers out there please don’t be envious of this, because now, at 9 months, she no longer does that – thanks 4 month regression…), she wasn’t clingy and would sleep in her basinet or next to me cot. I honestly found the 4th trimester a breeze. I had no clue what people moaned about.

Lockdown had eased a bit during this time too so we even had the audacity to go out for lunch or shopping in Lakeside and she just chilled or slept. We. Had. It. Down!

(N.B.: From month three, people stop using trimesters, but Megan from Birth-Ed had a post on Instagram about  continuing the term on and I quite enjoyed it, so we’re running with it.)

The 5th trimester is the moment we realised bubs had lulled us into a false sense of security. We were drastically brought back to earth with a bump. Around mid-December bubs started teething and around the same time the 4 month ‘progression’ happened and everything went out the window. She no longer napped well, she no longer wanted independent time, and night time sleep was really non-existent. This was what everyone had warned of, but by this time, the extra support had disappeared. People were checking in less, food packages were no longer a thing (by this time you should have parenting down right?) and it was the dead of winter oh and lockdown was a thing once again. It was awful.

I think there was one day where I had literally had 1 hour of sleep and yet continued the next day. How? Coffee and a prayer. But also us mums and mother figures are superheroes. I’m not tooting my own horn but who else would be able to do this. It’s not sustainable but it is something I look back on now I’m passed the hurdle and I’m proud. Proud I got through it.

It’s around this time that all the mum advisers like to question every move you do and seemingly with a judgemental undertone;

There’s just all too much noise going on and as a new mum with zero sleep, what’s best and who do you listen to?

Around February, after about 6 weeks of safely co sleeping, getting Hubby to sleep in the guest room as his snoring would wake bubs, no sleep and being short tempered, I looked into sleep training. Not the extinction method of just leaving bubs to cry it out for as long as it took. But a gentler approach with Just Chill Baby Sleep. And it slowly but surely changed our lives.

When we first started her 6 – 9 months course, it was to help with environment to get bubs into her own room, but I was still feeding to sleep. The first couple of days and nights were long. And of course there were tears, even though we stayed in the room with her the whole time. It took 3 hours for her to settle and fall asleep that first night, but we got there. Not only did we get there but she self settled when she woke in the middle of the night. We on the other hand got no sleep because we were watching the monitor the whole night. This amazing sleeping through the night without needing a feed happened for all of two weeks and then one time she cried when she woke in the middle of the night. The first time in a couple of weeks and of course I assumed she needed to feed…  I had obviously made a rod for my own back because then she went back to feeding a few times each night.

Then we moved on to cracking a routine with bubs, which has since changed now as she no longer needs 3 naps and her wake window increase as time goes on. But as a woman who has been routine adverse her whole life, I can fully understand why a routine for kids is really important. Now, by the time I’m closing bub’s curtains for sleep she’s already yawning and rubbing her eyes ready for bed and she knows exactly when to start looking for her food. She knows what to expect and when.

And now at 9 months, she settles to sleep all by herself. Sometimes she needs a little help, but I mean, from where we were 3-4 months ago, where she was waking up 4+ times a night to now only waking up once (sometimes twice) for a feed and usually up around 7am. It’s like she’s a totally different baby and we are totally different parents! And now, with lockdown easing, the sun coming out we have a 9 month old who is thriving  and I’m excited to see her little personality develop.

Sure, there’s things I would like to work on. I would love to stop breastfeeding now but bubs refuses bottles and cups (any advice welcome!), and I worry that she won’t feed enough if I stopped breast feeding. I would love to night wean because I know she can sleep through the night, but I worry that’ I’d be depriving her of enough calories. Bubs now has 4 bottom teeth and her two top ones are coming in, but she still hates anything that isn’t a mashed or pureed texture so I really should introduce more textures to her. But we were right in thinking we had this. We are and have been doing a good job. And so are/will you. The 6th trimester is by far my favourite thus far, I feel so much more like myself, bubs is determined, hilarious and gorgeous and Hubby and I are starting to fall back into a groove of being husband and wife, not just parents.

I’m looking forward to seeing what the next phase holds for us. I’m sure there’ll be more low points but on the whole, the good always outweighs the bad. 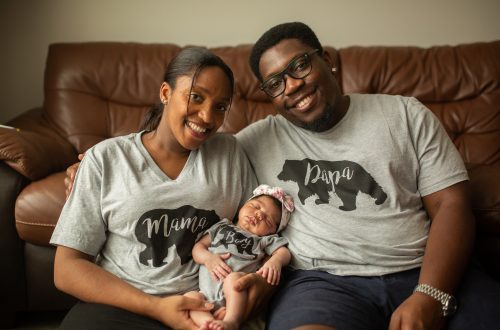